In the process of clearing out the archives during lockdown, we stumbled across this example of digitisation for a very noble purpose – the preservation of a Maori waharoa (circa 1903) of great cultural significance.


Around 110 years ago, master carver Tene Waitere, (a renowned Te Arawa carver), deftly crafted a waharoa (entranceway) which featured at the New Zealand International Exhibition in Hagley Park, Christchurch, in 1908. 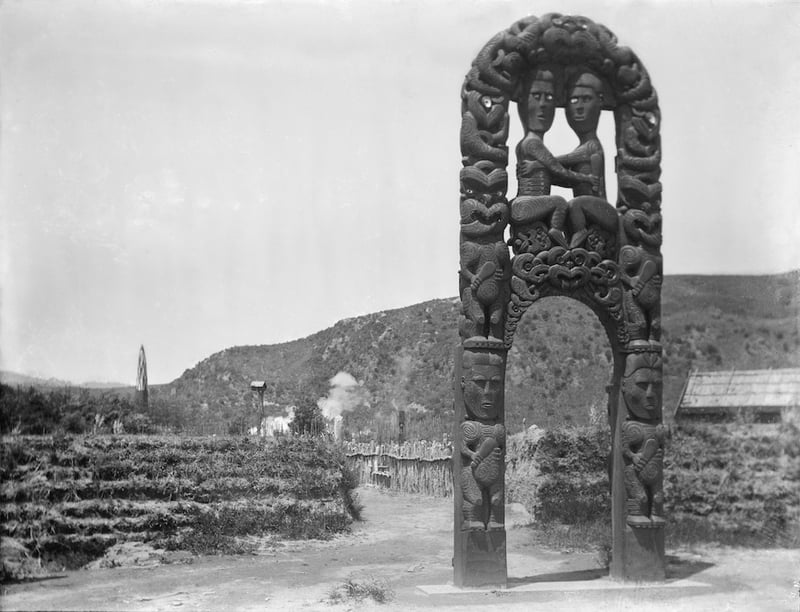 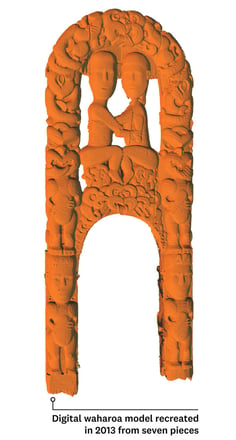 After the exhibition the waharoa was transported to Rotorua and erected in Te Whakarewarewa valley – at the gateway to the thermal wonderland of Whakarewarewa village.

For 90 years it stood majestically at over 4 metres in height, welcoming New Zealand and international visitors into the village, until nature took it’s course and the carving started to deteriorate. Experts believe that it would have been crafted from a 5m tall, three tonne piece of bush-felled Kauri.

Never one to resist a challenge, when our Rotorua born CEO Dave discovered it was housed at Te Puia’s carving school in a shed (in seven fractured, crumbling pieces) he offered asBuilt’s digital modelling skills.

In keeping with Maori custom the waharoa was due to be returned to the earth in a customary burial. With the blessing of Te Puia, Dave scanned the waharoa, so that it would be remembered and treasured long after it was committed to the earth. 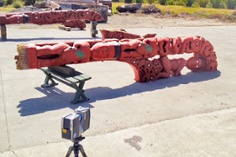 Initial scan data was collected on site, registered and then the carver’s pins and blocks digitally removed. Each of the seven pieces of the carving was then exported separately to create a full model and make it easier to adjust and align in the second phase.

In Phase 2, scan data was imported into the 3D Reshaper. Each piece was moved individually into digital alignment creating a Point Cloud of the whole carving. The resulting completed waharoa digital point cloud was then exported for further editing. 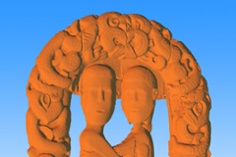 The complexity and detail captured by the laser scanner, the fractured carving, and dust and debris, meant the 800,000 individual verticals and 1.4 million triangulated faces in the digital mesh were painstakingly edited to create a cleaner, tighter 3D model.


SIDE BAR FOR CULTURE BUFFS - THE PURPOSE OF A WAHAROA

In traditional Maori beliefs, the waharoa was a portal between two separate groups. The group within a pa tuwatawata (fortified precinct) and a visiting roopu (group). While the purpose of a customary waharoa was to restrict and manage the flow of a visiting group, today they take on a number of different functions, including defining the perimeter of any given precinct. Pride of place was given to the gateway of a Maori village which carried strong symbolism for those entering the village. As a result, waharoa were intricately carved at giant scale and made to impress.

As we’ve done since 2017, asBuilt are proud to support the School of Architecture, and Surveying students at Unitec – the ...
Start Reading
September 2020 5 min read

AND WHAT DOES IT HAVE TO DO WITH HARRY?   I had a great conversation just recently when telling someone about what we do at ...
Start Reading
September 2020 4 min read

It’s been a wee while in the making – but the making has been worthwhile! Introducing a new brand, new website and at last a ...
Start Reading